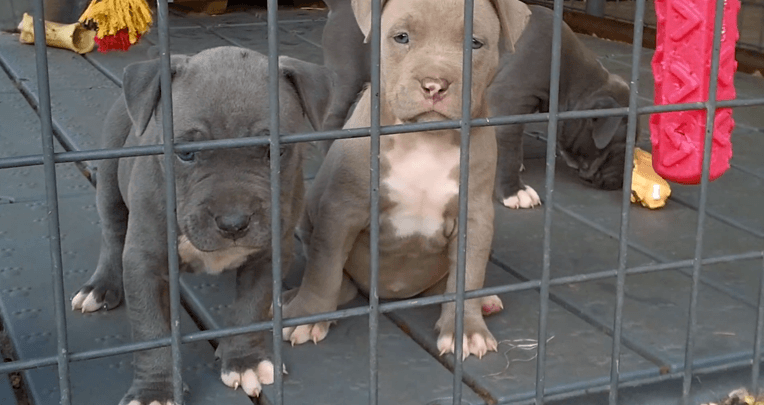 Article written by Buddah Lounge, a blog about various topics

Pitbulls are naturally calm and gentle by nature. They make fantastic household pets and even better friends.

There are various typess of pitbulls including blue nose pitbulls, red nose pitbulls, and gator pitbulls. Furthermore, they come in a wide array of colors like black, red, blue, white, and mixtures of each color. This article will discuss the important details about pitbulls that you should learn and understand before becoming an actual owner of one. They require major TLC and a healthy diet to thrive and live a balanced lifestyle. So, let’s begin with understanding what a pitbull actually is.

Where the Pitbull Derives From

A pitbull is a mix between a Staffordshire Terrier, the Pit Terrier, and the American Pitbull Terrier. Originally, these dogs were bred to work on farms with cattle and made great house pets. However, their gentle reputation quickly turned sour during the 19th century when gamblers, hooligans, and low-lives used them as fighting dogs. This is where their “so-called” erratic and aggressive nature came from. But, it should be noted that this pitbull breeding process was filled with fear, torment, and aggression. So reasonably speaking, any dog that has to undergo this type of treatment will end up acting out of fear and irrationality. Don’t give in to this false image, pitbulls are actually great household pets and are loyal to the core.

Pitbulls will normally grow to a height anywhere between fourteen to twenty four inches and can reach a walloping weight of thirty-five kg. Most pitbulls will live to a ripe old age of twelve to thirteen. It should be noted that pitbulls are prone to diseases and illnesses such as dysplasia, allergies, cataracts, and also congenital heart disease. It’s important that you schedule checkups to ensure that your pitbull is healthy and happy.

Pitbulls are an extremely intelligent breed. They love to please their owners and family members through their actions. This is why it’s so important to train them to properly behave at a young age so they can mimic this as they grow older. They are not naturally aggressive. Owners that train them out of fear force them to act out of aggression however. Socialization is usually done when they are at a young age. They can typically be problematic if they aren’t socialized due to the fact that they aren’t accustomed to seeing other dogs and people and do not know how to react. Sometimes they simply want to protect you from anything that is foreign to them. By slowly introducing the outside world to them, you’ll find that they aren’t just loyal, but they’re extremely friendly!

Looking for pitbull puppies for sale? Look no further than the experts at Iron King Kennels. With years of experience on their side, they can help you find your next pitbull today.